What Happens Once Diagnosed 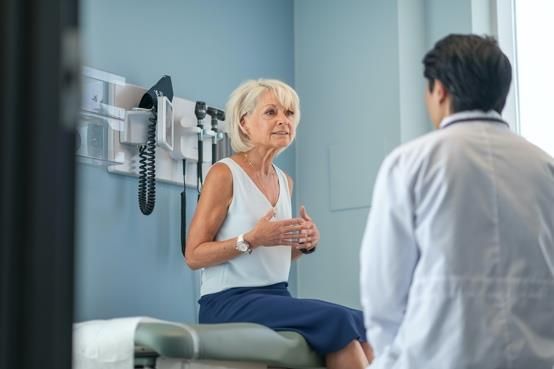 A breast cancer diagnosis usually starts with a routine mammogram.

Some women feel an unusual growth that initiates this hunt for answers. And once something suspicious is spotted on either a mammogram, sonogram or MRI, and a breast cancer diagnosis is reached, the real hunt begins. It starts with the images, which each tell a story to the trained eye.

For example, some radiology diagnostic sites have “Doppler sonograms.” These detect the volume of blood flow supporting the tumor. This is key, as well provisioned vascular support indicates aggressive growth likely; minor capillary support indicates modest growth in the near term.

The doctor who ordered the diagnostic images directs your case to the next specialists in line – the biopsy surgeons. 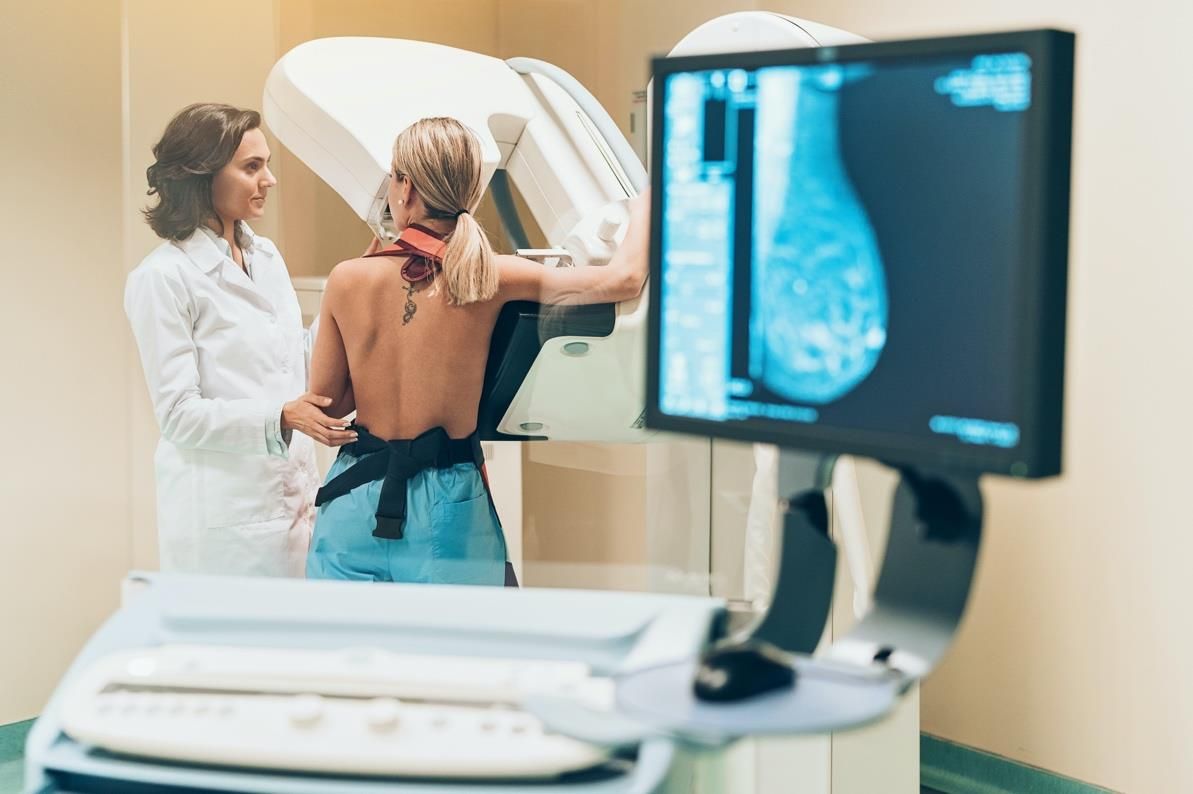 The questions answered through biopsy are as follows:

“Is it actually cancer or just a benign tumor?”
“If cancer, what’s its cell type?”
“What hormones fuel this cancer?”
“How far has the cancer spread?”
“How aggressive is the cancer?”

Usually, using a sonogram as a guide, a special needle penetrates the tissue mass and bores out a sample. The surgeon sends the sample to the pathology lab, to identify the cell type and its origins. (What initial breast cell type went rogue?)

70 percent of breast cancers grow in response to these hormones. The hormones do not cause the cancer, instead they urge the cancer to multiply, that is, to “grow in response”, especially during the elevated hormone bursts of the menstrual cycle.

15 percent of breast cancers are HER2 positive where having too many copies of the HER2 gene in your DNA causes the production of high levels of the HER2 protein inside the cell. Similar to estrogen, the HER2 proteins stimulate the cells to grow and divide. But because genetically, HER2 is always present and noncyclical, HER2 breast cancer often proves more constant and aggressive.

1 to 5 percent of cases are a rare cancer that occurs mainly with younger woman. The National Cancer Institute explains Inflammatory Breast Cancer as follows:

Most inflammatory breast cancers develop from cells that line the milk ducts of the breast and then spread beyond the ducts. Inflammatory breast cancer progresses rapidly, often in a matter of weeks or months.
When the cancer has been defined, the topic of treatment comes next. Once the pathology lab people present their findings to a surgeon, the surgeon usually poses three (3) multiple-part options – with caveats.

Radiation lasts two months, and besides the breast, the lymph nodes in the armpit adjacent to the cancer site are also radiated – to kill wandering cancer cells.

Radiation can only be used once, as it permanently alters one’s tissue. So, if you have a cancer re-occurrence down the line, your remaining option will be mastectomy.

If one chooses mastectomy now, then both the breast tissue and the related lymph nodes are removed. Radiation is not used, as there is nothing left to radiate. Some chemotherapy may be recommended to stifle any remaining unseen cancer outcroppings, especially with HER and Triple Negative cases.

A hybrid option might be offered, a combination of chemotherapy and radiation as a first step to shrink the tumor. If shrinking works, the patient might get by with a lumpectomy a few months later, rather than a mastectomy. 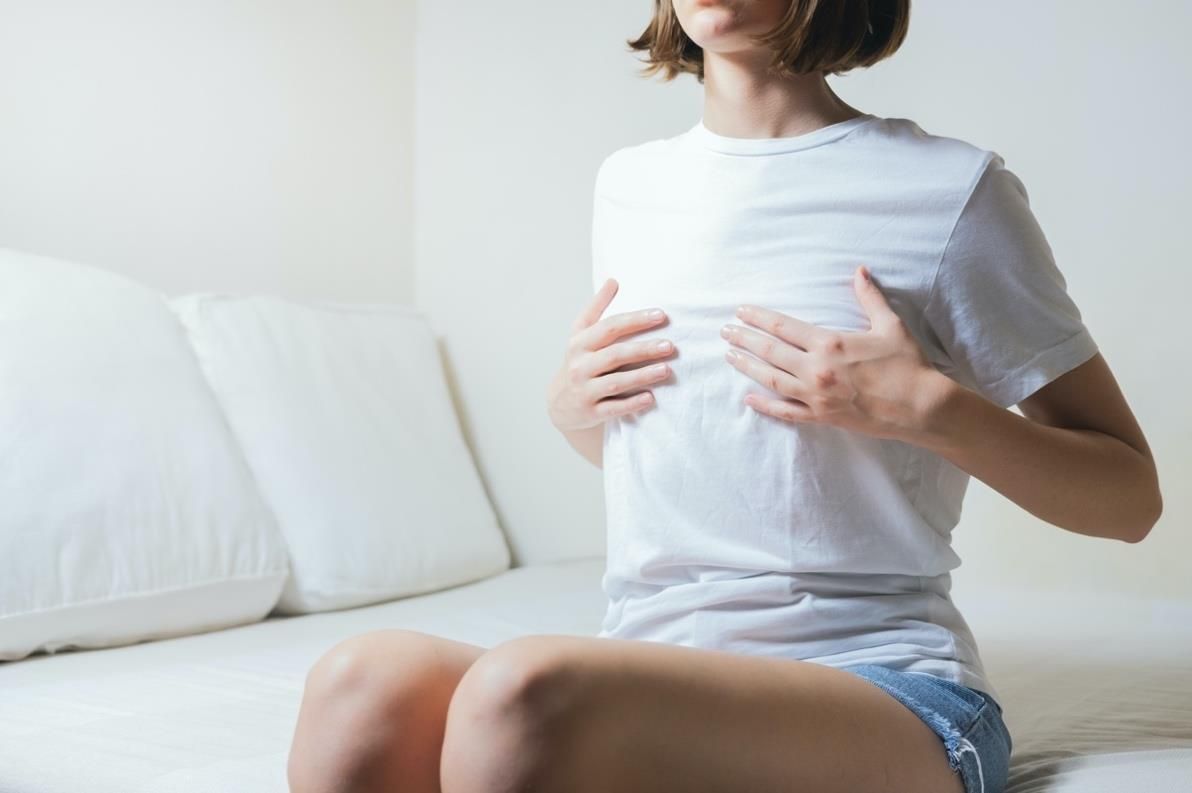 After the breast cancer diagnosis, options are laid out, one next visits a Radiologist (radiation treatment specialist) and/or an Oncologist (blood & chemotherapy specialist) to get their take on the optimal strategy.

After that, once a treatment path is agreed upon, you schedule surgery. A lumpectomy is over with in 30+ minutes, a day procedure; a mastectomy 90+ minutes with an overnight stay. If you add reconstructive surgery, you may be under for up to six hours, with multiple recovery days in the hospital.

Note: one option with reconstructive surgery is a “nipple-sparing mastectomy” that leaves the nipple, areola and breast skin intact.

Once home, you must sleep on your back until everything heals up. Even sleeping on one’s side increases risk, as drainage is impeded.

Some Cancer Centers offer Naturopathic measures to complement all of this invasive trauma. Many hospitals do not. Rarely is advice given on how to prepare yourself, or what to do afterwards to rehabilitate your general health, or what to do to avoid further cancer outbreaks. Conventional Medicine is focused on its mission; kill cancer cells ASAP.

Which means that if you are interested in Naturopathic approaches – either to prevent, treat a tumor or to complement conventional medicine – then you need to look elsewhere.

But don’t be timid when you get a breast cancer diagnosis. For input, you ought to discuss any idea gleaned along the way with conventional doctors, but know your stuff when testing it with seasoned nay-sayers.

And so, to conclude this paper, getting you comfortably informed to explore matters with established specialists is the mission of this web site – THE RESOURCE.

You don’t need to go it alone.