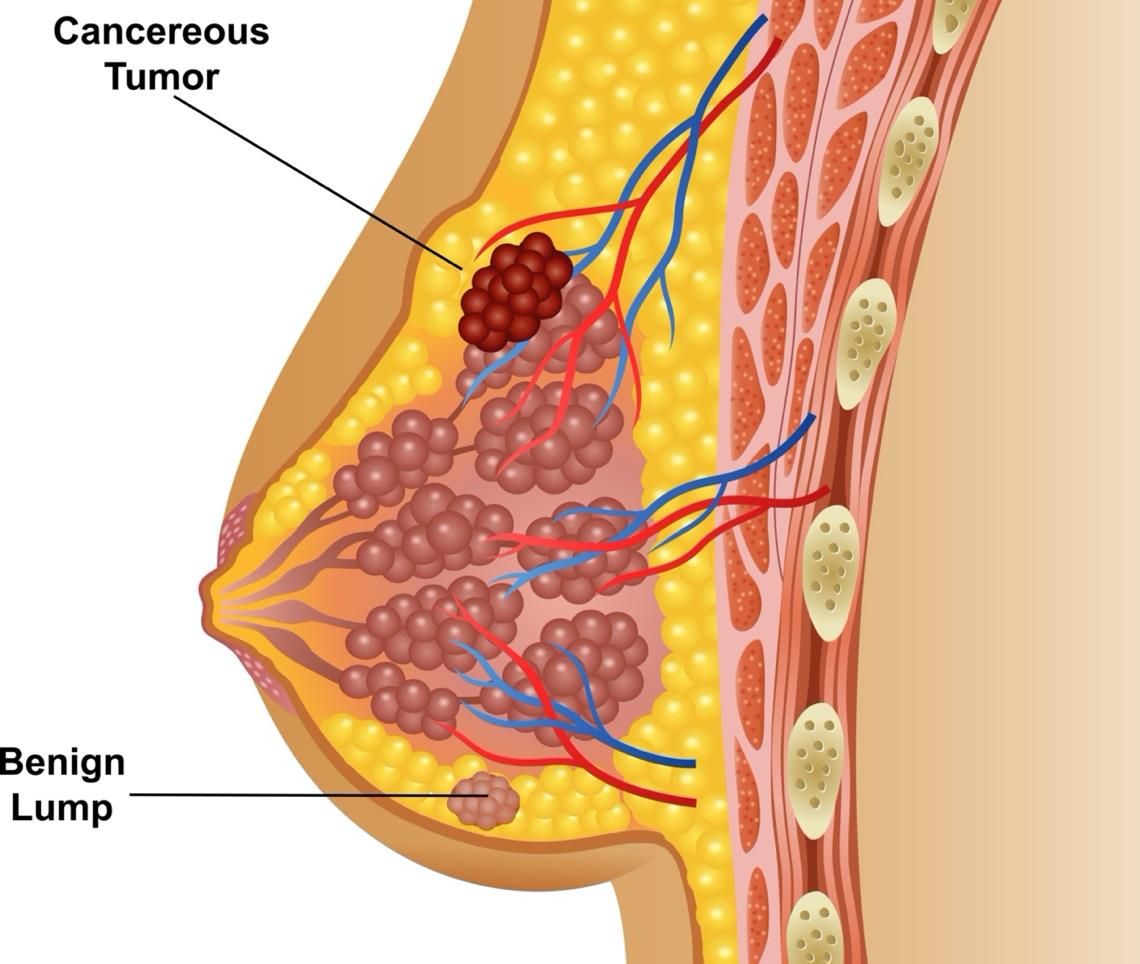 Radiation is the go to treatment both for attacking breast cancer tumors and for killing any “escaped” cancer cells hiding out in nearby lymph nodes.

Radiation is used after a lumpectomy, and it requires a multi-session treatment lasting 6 weeks, designed to …

a) kill unseen micro manifestations of the cancer in the infected breast, and to …

b) radiate any remaining armpit lymph nodes not already removed during surgery.

The American Cancer Society describes the use of radiation to treat breast cancers and radiation therapy side effects as follows:

Long term – Radiation therapy may cause long-term changes in the breast. Your skin may be slightly darker, and pores may be larger and more noticeable. The skin may be more or less sensitive and feel thicker and firmer than it was before treatment. Sometimes the size of your breast changes.

In rare cases, radiation therapy side effects may include weakening in the ribs, which could lead to a fracture. Radiation can also affect the heart, cause hardening of the arteries (which can make you more likely to have a heart attack later on), heart valve damage, or irregular heartbeats.

So yes, radiation kills cancer cells, but it is wise to agree to lumpectomies-plus-radiation with your eyes open. It will be described to you primarily through the optic of improved five-year survival statistics, with less emphasis on collateral damage, and no claims of any 5-to-20-year implications.

With this said, one ought to enlist all Naturopathic measures deemed promising to contain current and future outbreaks of Breast Cancer.

Don’t get caught by surprise. As this web site explains, prevention starts in one 30’s.